Leadership training sessions are a means through which we begin to influence the children to be aware of their strengths and capitalise on them. They are also guided into seeing the areas of weakness and guided into dealing with the same. They are encouraged to tap into their potential and begin to unleash it as early as possible. Our teaching is practical, interactive, fun and extremely enjoyed by the children, their teachers and our facilitators.So far we have done  sessions only with Dimakatso Primary School. The result has been the Musa Thanjekwayo leadership trophy. The trophy was inaugurated and named after one of the children who showed exceptional leadership qualities following the 2013 training session.

These are some pictures from our first Dimakatso training @ Hatfiel Christian church. 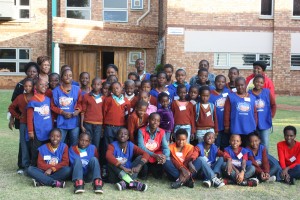 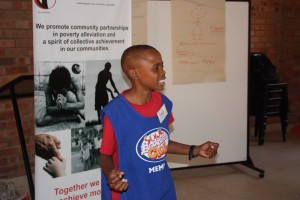 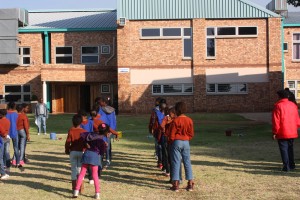 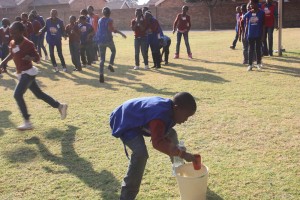 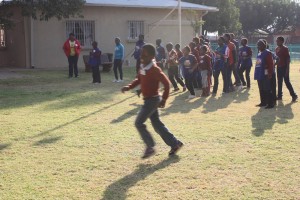 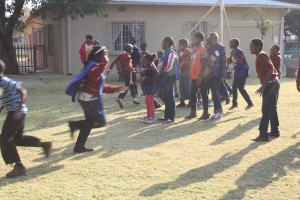 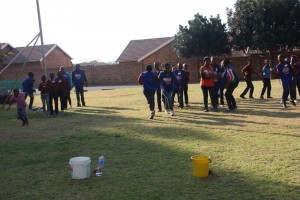 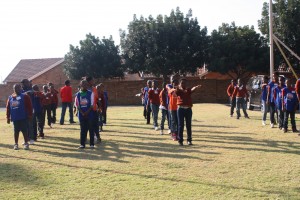 Below is Mosa holding his Trophy of honour as patron.He poses with Reabetswe who proudly holds her Musa Thanjekwayo leadership Trophy.She was the first recipient of this award in 2015.In the middle is Dineo Tsebe the proud recipient  of the 2016 leadership award.To the right we see Musa about to hand over his leadership Trophy of honour to Dineo.Lerato Etsane, one of our board members , is holding a prototype of the award presented to the school as memorabilia. 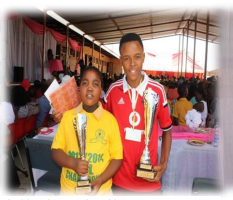 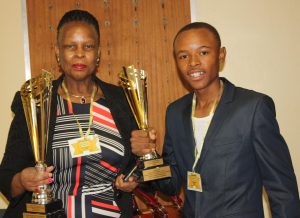